We tell stories with new technology

Stitch Media started in 2007 with a vision that interactive stories combine distinct elements into something greater. We’ve collaborated with dozens of creative and technical teams to achieve award-winning projects across many platforms and genres.

A two-time Emmy Award winner, Evan’s work combines web, mobile and games with TV, film, radio, and the real world. He has been recognized as a 'Top 10 New Media Groundbreaker' by the Bell Fund and chosen as one of the ‘most innovative and influential minds in McMaster history’ by his alma mater. His interactive documentary work has won ‘Best in Electronic Culture’ at the UNESCO World Summit and his experience with branded entertainment has won ‘Best in Digital Marketing’ by the Digi Awards. Evan has guest lectured on the art & business of interactive story internationally at the Canadian Film Centre, the Australian Film, Television & Radio School and the University of Southern California. He has consulted for the Smithsonian, Greenpeace, Microsoft, Disney, NBCUniversal, Nickelodeon, and 20th Century Fox on the future of entertainment. 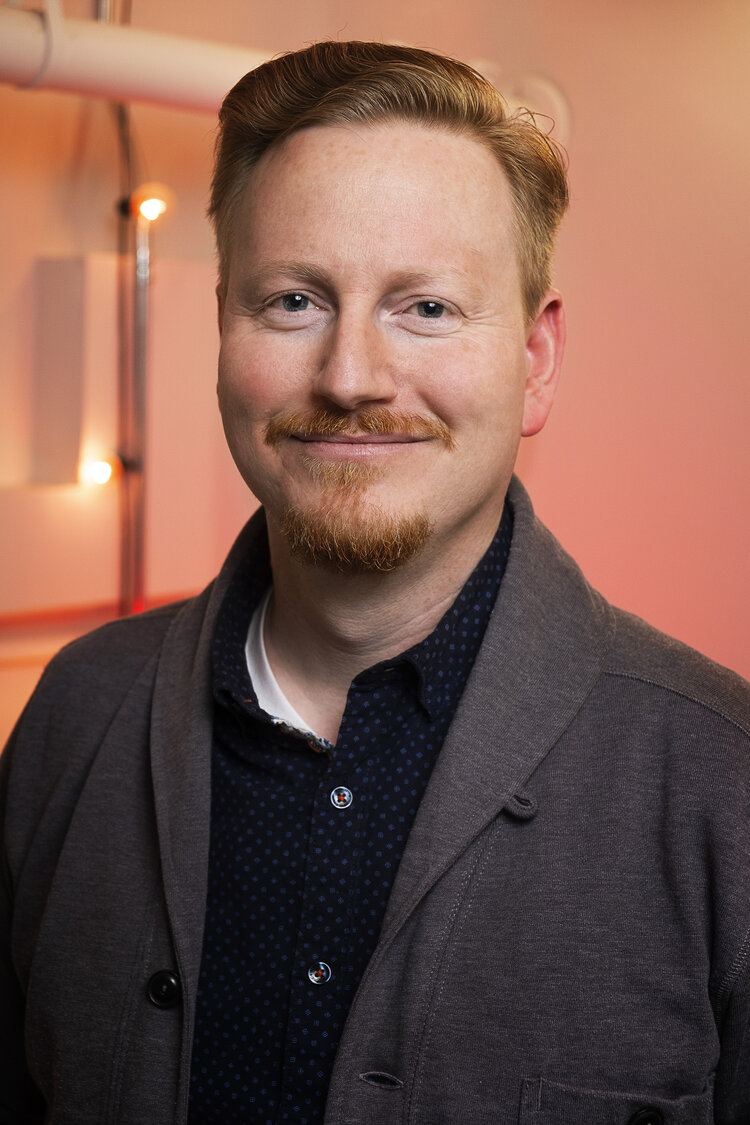 Sonya is a senior creative producer specializing in thoughtful VR experiences, documentary, and interactive storytelling of all kinds. Her projects have been shown at Hot Docs, Doc Edge, and Yorkton Film Festival, and won awards such as ‘Best Non-Fiction’ at Webfest Berlin, ‘Best Directing’ at T.O. Webfest, ‘Best New Media’ at the Independent Shorts Awards, and been nominated for a Banff Rockie. She holds a Masters in Film and Screen Studies from Goldsmiths College, University of London, and was selected to be part of the Ontario Creates ‘Canadian Delegation’ at the Australian International Documentary Conference (AIDC) in 2020 and 2021. Her latest mini documentary series BAD AT THIS premiered on VICE late 2021, and first-of-its-kind interactive documentary podcast will launch with CBCArts in 2023.

Outside of her home office, Sonya can be found cooking up a storm, sucking at rock climbing, and laughing at her own jokes. 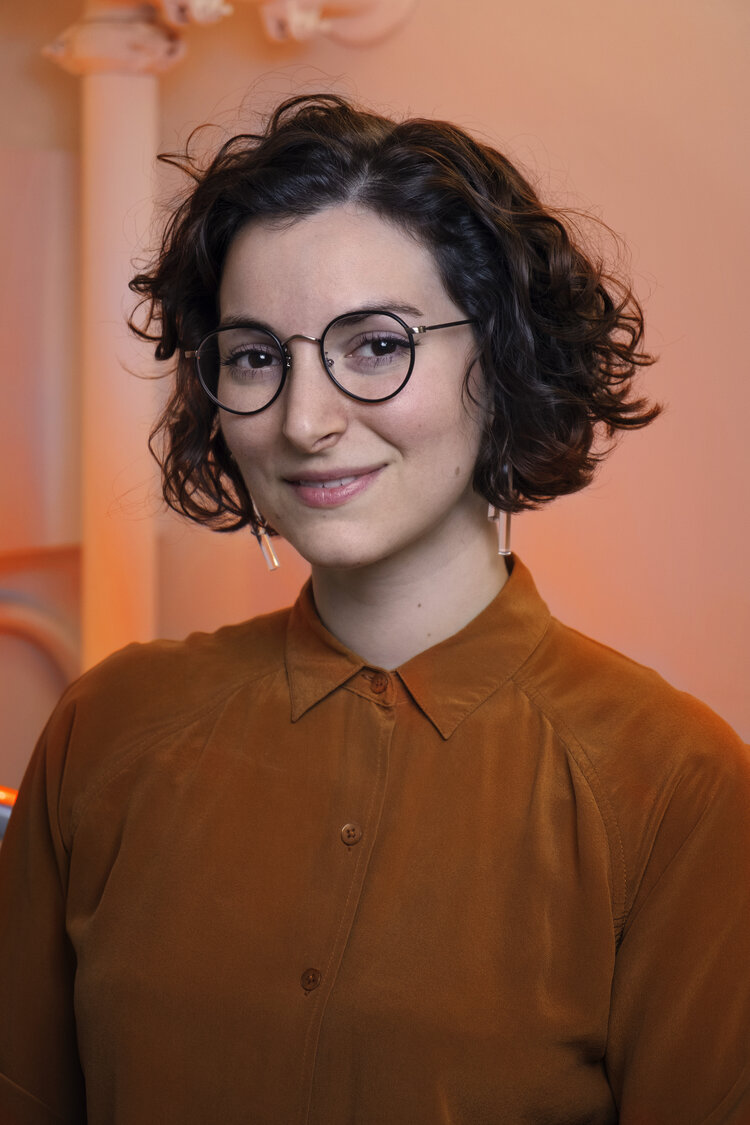 Jeff graduated from OCAD as a classically trained painter and became an active member in the Toronto fine arts community. Building upon a lifelong interest in illustration, his work advanced into the commercial world; encompassing apparel, television, interactive, and print. He now applies his artistic and technical expertise as Stitch’s artistic director, conceiving and executing a unique visual identity for every game, web, and interactive project. Clients for his award-winning work at Stitch include Shaw Media, Corus Entertainment, TVO, YTV, and White Pine Pictures. Jeff was the art director on Rival Books of Aster and Terrorarium, cultivating the entire visual identities and contributing a wealth of original illustrations. 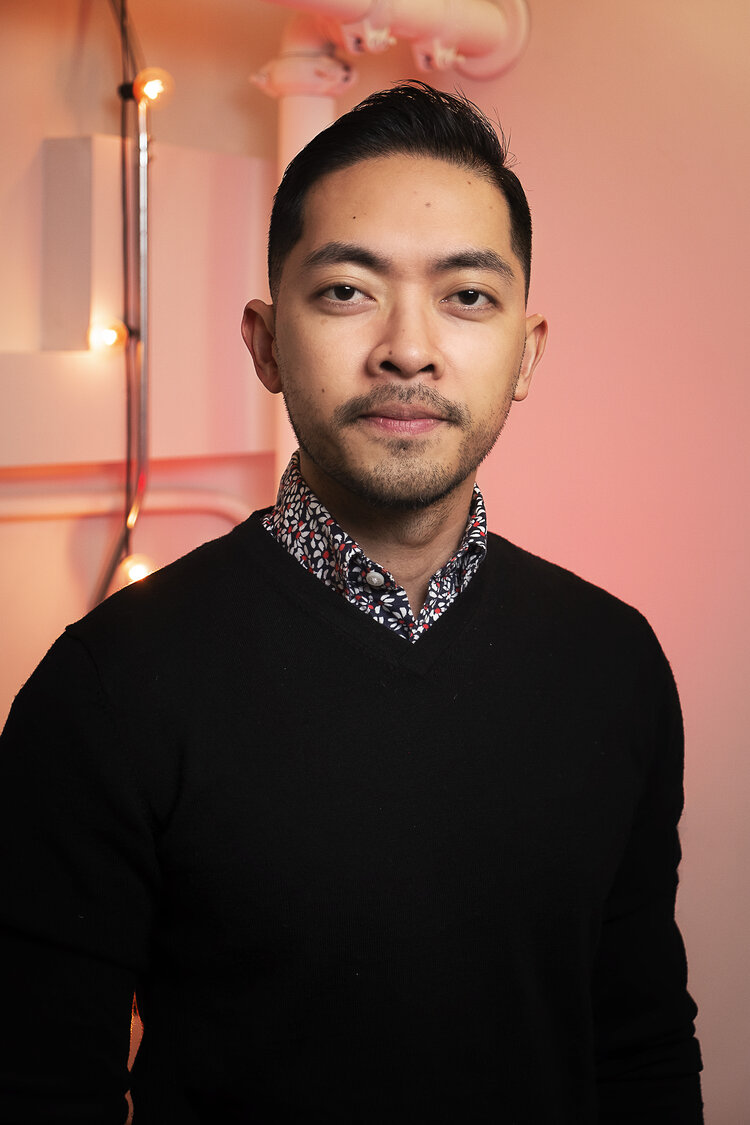 Arthur produces a wide variety of experiences and content that spans sectors such as immersive gaming, entertainment, medical/health-sciences and telecommunications. During his tenure as Program Manager at Canadian Film Centre Media Lab, the unique production think-tank, training institute and accelerator, he managed its community of emerging interactive and digital creators and entertainment technology startup companies.

His hybrid projects and multi-disciplinary performances, which incorporate his electronic music have taken him across North America and Asia. Distinctions include the Istvan Anhalt Electroacoustics award for musical  composition and Arthur has been a recipient of the Reelworld Film Festival’s Trailblazer Award. 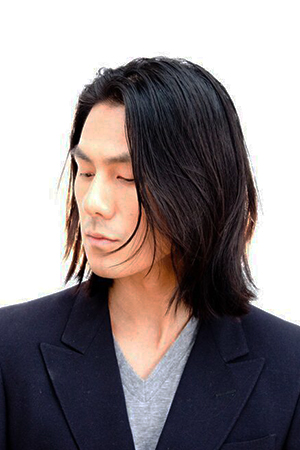 Originally from the U.S., Ashleigh graduated from York College of Pennsylvania with honours in 2017, earning a Bachelor of Arts degree in English. While pursuing her degree, she developed interests in coding and web development that she studied in her spare time. She has worked in a variety of industries including digital healthcare, publishing, and library sciences, where she has applied her passion for introducing new digital technologies and improving operation processes.

Outside of work, Ashleigh loves playing (TT)RPGs with friends, creating new recipes, and trying (with questionable success) to become a trail runner. 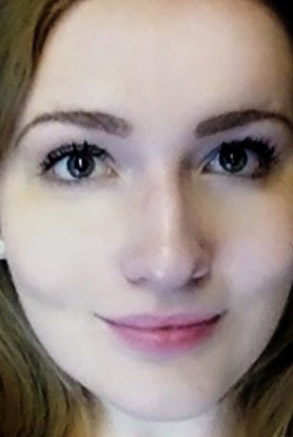 Kelvin is a multifaceted artist and developer who specializes in 3D modeling. He has worked in a variety of industries including freelance illustration for games projects, commercial medical animation, and industrial architecture. This breadth of experience has trained Kelvin in a diverse set of skills that he now puts to use at Stitch Media. These skills include proficiency in various 3D modeling suites, C#, HLSL, VR/AR, and the Unity game engine. Recently, his work has been on providing visuals for the action puzzle game, Terrorarium, and the CSA nominated virtual escape room, Flow Weaver. Kelvin got his start in the indie game scene of Toronto, working on small games projects and participating in local game jams, which has helped him to understand what it takes to deliver a unique and well crafted experience to players. Outside of work he spreads his free time over a slew of creative hobbies including sketching, 3D printing, and building model kits. Kelvin is a graduate of George Brown College. 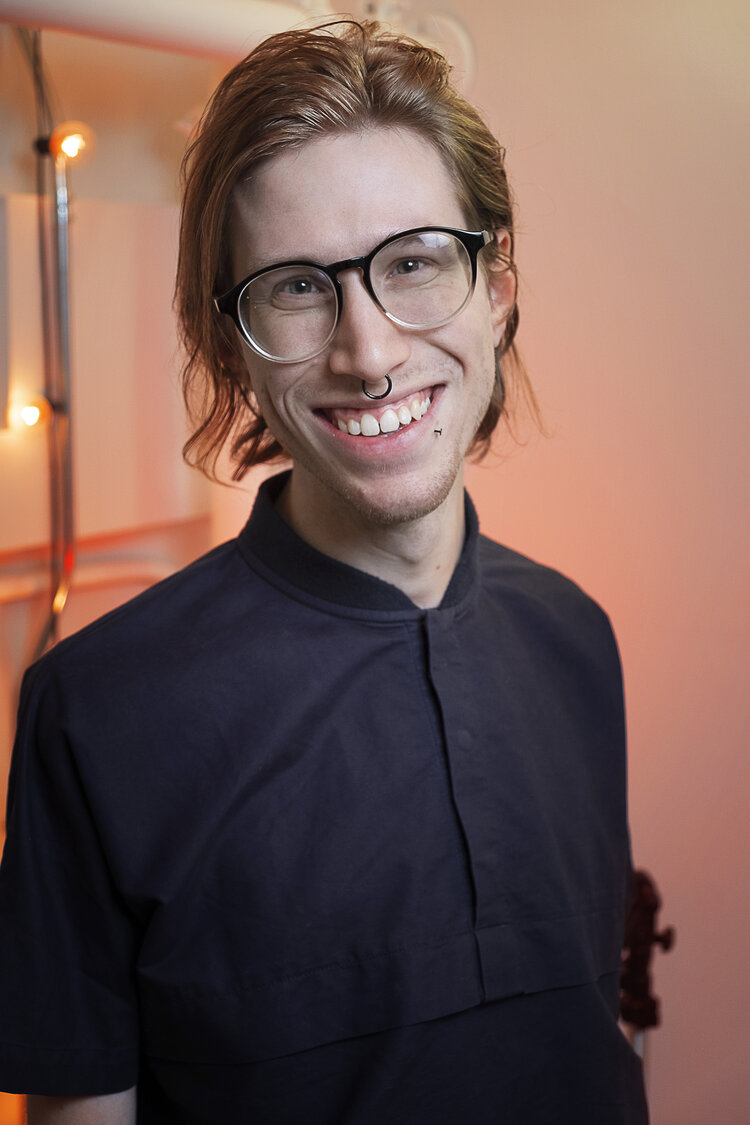 Lennard Spokowski is a 3D Generalist and visual artist based out of Toronto, Canada. He completed his Bachelors of Fine Arts (Printmaking) from OCADU in 2013. He also completed the Post-Graduate Game Design program at George Brown College in 2015. He primarily works in interactive digital design, games, and app development.

His interactive works include English learning VR experiences, hack and slash games for kids, and architectural visualization/customization experiences. He has also worked on several advertising and product visualization projects for brands like Fur, Bimba Y Lola, and Andrew James. 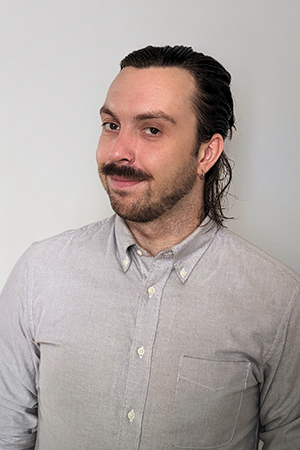 Shane Brandon is trained as a Computer Programmer Analyst but his fascination with all things scientific and IT-related have taken him down many paths. His early work in medical robotics tested automated ultrasound devices measuring blood flow around clots in the carotid artery. After this he jumped disciplines into the financial markets where he oversaw a codebase managing billions in corporate receivables, developing a love for SQL systems. His claim to fame may be designing one of the earliest ‘walking desks’ so he could reach 10,000 steps while playing and designing games. His ‘time paradox battle arena’ was the first of a half dozen games as a developer and some continue to draw over one hundred thousand players today. 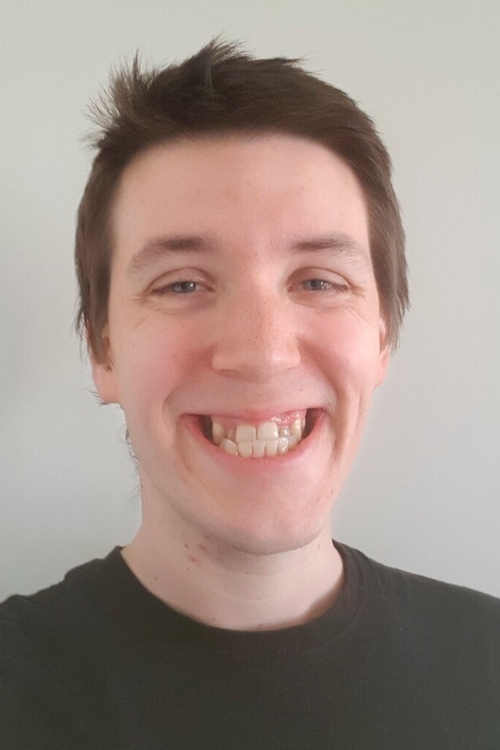 Minh has a great passion for computer programming. He is currently focused on developing cross-platforms games. He has done substantial work in extending Unity3D's functionality, robustly implementing traditional C# paradigms via Unity's user interface and has a good knowledge on both AR and VR. He loves the challenge of solving complex problems and creating truly innovative solutions. 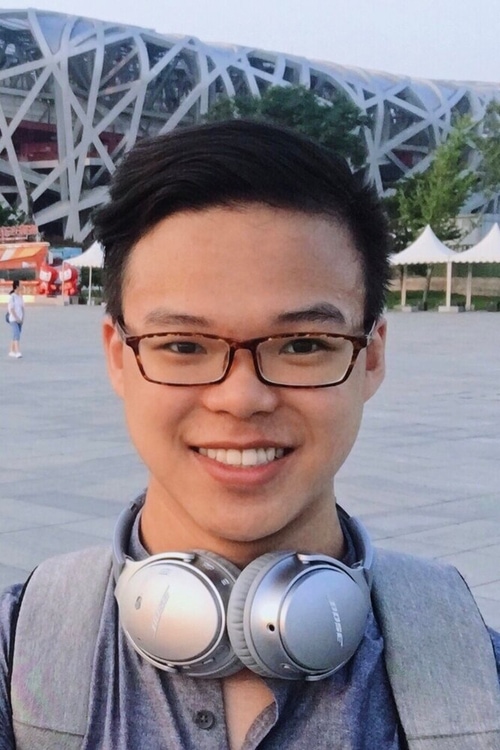 Kirsten Sattler graduated from the Computer Programmer Analyst and Game Development Advanced Programming programs at Fanshawe College in 2017. Her studies gave her knowledge in C#, C++, Java, and HTML. She got to work as a Research Assistant at Fanshawe where she learned about the Microsoft Hololens and then helped to develop a game demo in Unity. She also has experience developing websites in PHP and Ruby on Rails from her time as a web developer before deciding to try game development full time. She learned more about Unity and was working on a 3D Adventure RPG before joining Stitch Media as a Developer. 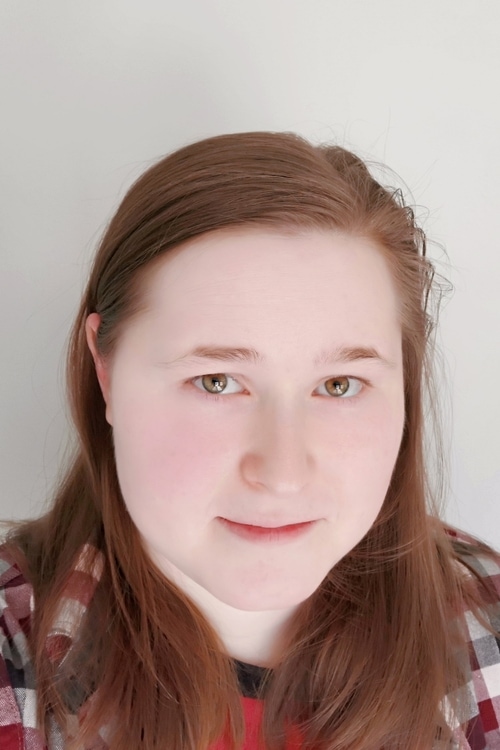 Elli is a highly motivated, collaborative, and communicative, Toronto-based, Software Developer with a passion for making apps, user interfaces, and working in a team to make the best possible product. He is a graduate of General Assembly's Software Engineering Immersive Bootcamp and has an advanced diploma in User Experience Design and Development from George Brown College. He is also very passionate about future technologies such as VR/AR and has made several projects in these emerging fields. 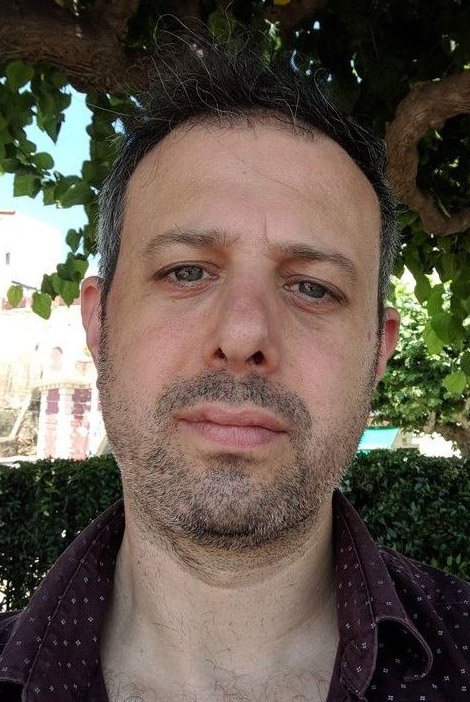 After growing up in Toronto and moving to Ottawa to pursue a degree in Computer Science, Lauren changed degrees to Game Development at Algonquin College where she found her passion. She has been coding for 7 years and knows C++, C# and JavaScript. She has previously worked with SAS Institute (Canada) Inc. in Toronto where she worked on a solo project to create a search engine for the company using Python. During her last year at school, Lauren worked on a year-long project using Unity to create a metroidvania FPS, where she fulfilled the roles of a programmer, project manager and a QA tester. She’s currently working with Stitch Media as a Junior Game Developer where she runs QA testing for multiple projects.

In her free time, Lauren plays MMORPG’s, puzzle and horror games, often streaming on Twitch. She loves taking care of her plants and small garden, as well as baking and cooking. 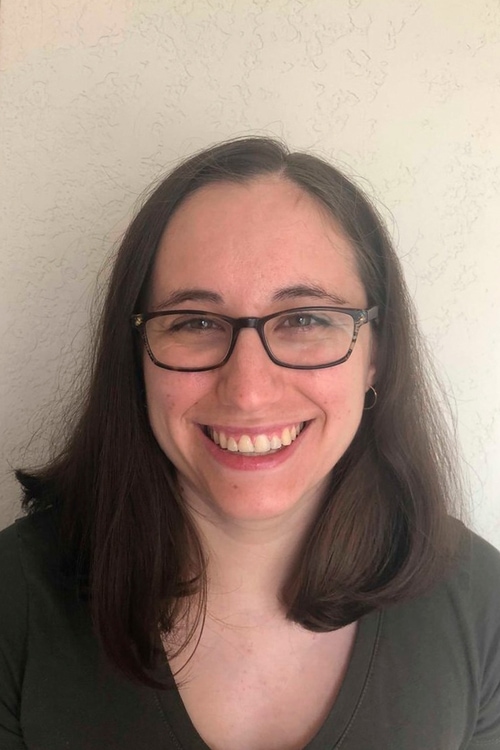 A native of France, Svetlana has coordinated bilingual productions for more than seven years, including The Spiral (nominated for the Emmy Awards in 2013) and Cupkins (2015 Finalist for Best Social/Casual Game at the Canadian Videogames Awards). Fascinated with opportunities that embrace transmedia universes, her goal upon graduation was to get international experience and learn from every single media source. So far she has accomplished three: television, books and (video) games. Those experiences allowed her to better understand each industry, which has considerably broadened her conceptual and problem-solving skills when it comes to building multi platform narratives. She integrated into the free-to-play video game industry in Germany in 2013 working for Wooga, then moved back to Canada where she coordinated the production of War Room, an Augmented Reality game using Microsoft’s Hololens prototype. Svetlana holds a Master’s Degree in Multi-Platform Content Scriptwriting in Audiovisual and Multimedia Production and completed her master thesis on ‘How to produce and sustain a product of convergence between multiple industries?’. 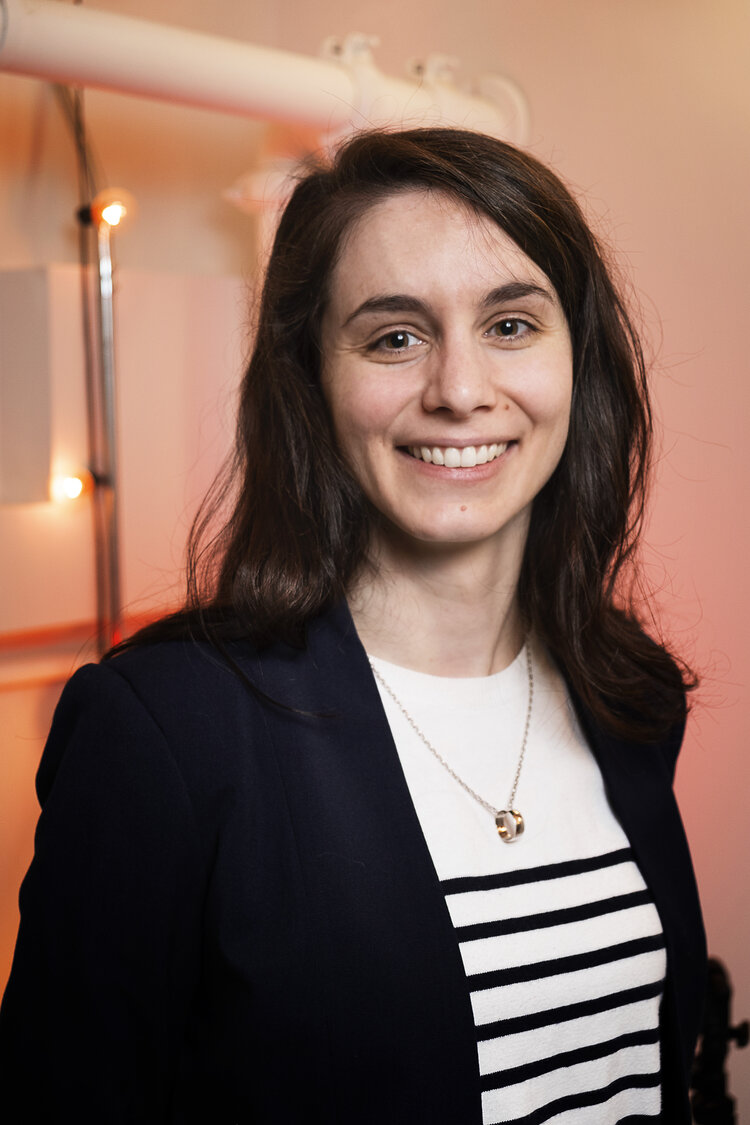